I'm officially back from my vacation in New Mexico. Technically, I was back yesterday, but I was pretty fried from a long day of late night travel, so I was more or less useless yesterday. I thought I'd share a few photos from my travels. 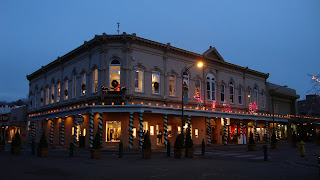 I took this picture after spending a day in Santa Fe. I didn't run into GRRM, but I did see some cool Native American jewelry, and eat a delicious thing called Frito Pie. 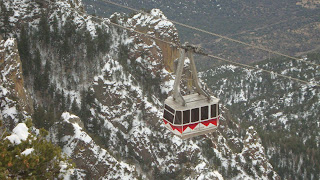 Albuquerque boasts the world's longest tram which climbs to the summit of the Sandia Mountains. The views from the summit are quite spectacular, and the amount of snow at the summit was a trip. I wasn't expecting the freezy temps nor the blustery wind, but my weak ass did brave the elements long enough to snap a photo of one of the trams making the climb up to the summit. 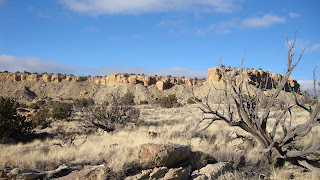 The vacation crew and I did some sweet desert hiking on Christmas Eve. The great thing about hiking in the desert is that trails aren't essential. We pretty much just picked out a spot in the distance and went there. The company, the weather, and the location all combined to make this one of my all-time favorite hikes. We even made it to the top of the big mesa you can see in the back ground of this photo. 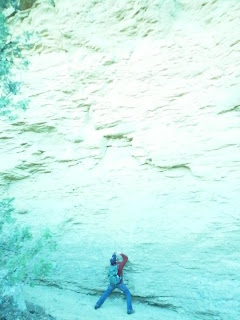 Just a photo of your friendly neighborhood blogger while taking a photo of a massive rock wall. 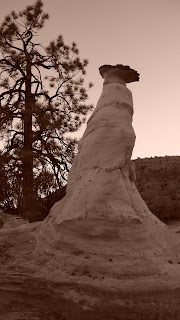 This cool looking rock formation is called a "hoodoo". We came across about a half dozen or so of these on our hike. 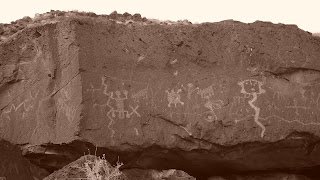 The Petroglyph National Monument site just outside of Albuquerque was probably the biggest disappointment of the trip. The government was a bit slow in protecting this site, and as a result there is a shit-ton of lame graffiti, often right next to the art the site is trying to preserve. There were a few nice petroglyphs to see, but the massive amount of graffiti was pretty disheartening. We did hear a lot of coyote howls, and later saw one of the coyotes, so that was pretty sweet.

Email ThisBlogThis!Share to TwitterShare to FacebookShare to Pinterest
Labels: other stuffs